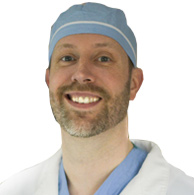 Benjamin J. Schwartz, MD is a board certified orthopedic surgeon specializing in the surgical and non-surgical treatment of arthritis of the hip and knee including total joint replacement and revision.

Dr. Schwartz is fellowship trained in adult reconstruction of the hip and the knee with over 13 years of experience in private practice. The focus of his career has been delivering high quality, evidenced-based musculoskeletal care with an emphasis on fostering the doctor-patient relationship. As a result, he has received awards for Excellence in Clinical care and was a top performer in the CMS BPCI-A program in 2019. As part of his commitment to quality and evidence-based medicine, he has served both nationally and locally on a variety of committees.

Benjamin J. Schwartz, MD is a board certified orthopaedic surgeon specializing in the surgical and non-surgical treatment of arthritis of the hip and knee including total joint replacement and revision. Dr. Schwartz attended the College of William and Mary in Williamsburg, VA where he was one of a select group of incoming freshman designated as a James Monroe Scholar. While in college, Dr. Schwartz participated in scientific research investigating genes involved in the development of the vascular system. After graduating with high honors from William and Mary, Dr. Schwartz attended the Medical College of Virginia in Richmond where he was elected to the Alpha Omega Alpha medical honor society, graduating in the top 10% of his class.

Following his medical school training, Dr. Schwartz performed his residency in orthopaedic surgery at Boston Medical Center where he participated in research involving the treatment of hip fractures in the elderly as well as athletic activity after total joint replacement. For his work, Dr. Schwartz was awarded the Lahey Clinic Resident Research Award during his Chief Resident year. After completing residency, Dr. Schwartz performed a fellowship at the prestigious Anderson Orthopedic Institute during which he spent a year focusing solely on the treatment of hip and knee arthritis. During his fellowship, Dr. Schwartz worked with some of the pioneers of modern hip and knee replacement including Dr. Charles Engh, MD, a world renowned surgeon who popularized the use of cementless implants in total hip arthroplasty and Gerard Engh, MD, one of the world’s foremost experts in partial knee replacement.

Prior to joining Sports Medicine North, Dr. Schwartz was in private practice at the Hughston Clinic in Columbus, GA, a tertiary referral center for complex orthopedic problems serving the entire southeastern United States. While at the Hughston Clinic, Dr. Schwartz was one of two fellowship trained total joint surgeons specializing in the treatment of complex hip and knee problems and providing expertise in revision hip and knee replacement for an area including Georgia, Alabama, Florida, Tennessee, Mississippi, and the Carolinas.

Dr. Schwartz obtained his certification from the American Board of Orthopedic Surgery in 2010 and is a member of the American Academy of Orthopedic Surgeons as well as both the American Association of Hip and Knee Surgeons and International Congress of Joint Replacement, two specialty societies focused on the treatment of hip and knee problems. In 2014, Dr. Schwartz became the first doctor to be named Physician of the Year for Columbus Regional Health System in the area of Clinical Excellence and in 2015 he received the Award for Clinical Excellence and Professionalism from North Shore Medical Center. Dr. Schwartz became the first medical director for Orthopedics for Anna Jaques Hospital in 2018.

Dr. Schwartz is excited to return to the Boston area and join the excellent team of providers at Sports Medicine North. While Dr. Schwartz is specially trained to treat complex surgical problems of the hip and knee, the main goal of his practice is to develop a close relationship with his patients and provide clear and concise understanding of the patient’s problem and spectrum of treatment options both surgical and non-surgical. His practice philosophy leans heavily on the idea that successful treatment is dependent on a strong doctor-patient relationship and the ability of the patient to be an active participant in their care. 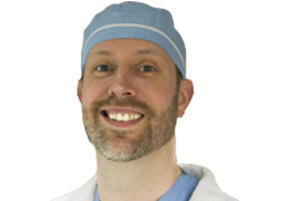 Do I Need Surgery
Am I a Candidate? 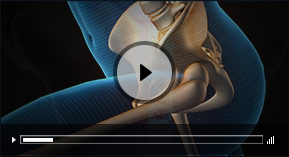